How Does a Robot Vacuum Work? 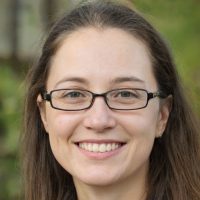 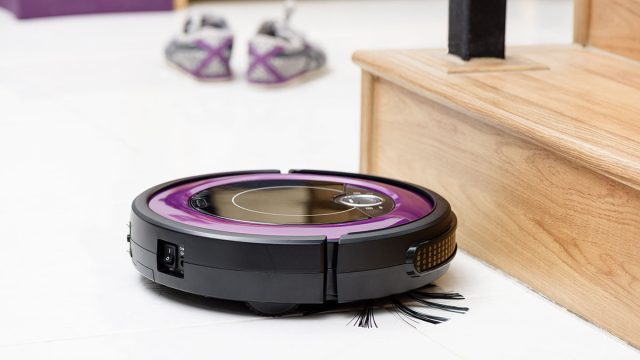 Learning how robot vacuums work helps us understand their requirements, possibilities, and limitations.

Robot vacuums are smart, but they still need human assistance. The technology is still in development, and each new robot vacuum model presents us with more advancements.

Although there are dozens of robot vacuum brands and models, all robot vacs have some components in common, like sensors, cameras, wheels, brushes, dustbins, and docking stations.

Knowing the purpose of each component and how it operates is crucial to understanding why your robot vacuum behaves oddly or doesn’t clean in certain conditions.

The primary advantage of robot vacuums is an independent operation. But to clean your home without your assistance, robot vacs need a navigation system. The first robot vacs would navigate using sensors, and many modern vacs also use this technology.

Obstacle sensors are necessary to detect hazards and measure the distance to obstacles. This type of sensor prevents your robot vacuum from bumping into your coffee table, chairs, and dog toys. Usually, obstacle sensors are located near shock-absorbing bumpers.

When a bumper hits an object, the sensor signals to the vac that it should turn and move away. Generally, the robot vacuum will steer in the opposite direction to avoid bumping into the object again.

Some robot vacuums, however, don’t steer in the opposite direction but slow down when they detect an obstacle. This feature ensures better floor coverage because some objects, like curtains, can be pushed to clean underneath.

Cliff sensors are necessary to prevent the robot from falling off the stairs. These sensors are a must for any robot vacuum; you won’t find a vac without cliff sensors. Cliff sensors work by measuring the distance to the floor with infrared signals.

If the signal doesn’t immediately bounce back, the vac assumes it has reached the stairs or another cliff and changes direction. Unfortunately, because of cliff sensors, robot vacs often mistake dark surfaces for cliffs and miss vacuuming them.

Wall sensors help robot vacuums detect walls, but not to avoid collisions. Instead, these sensors are necessary for the robot to vacuum along the walls, as you would with a traditional handheld vacuum.

Some higher-end robot vacuums navigate using cameras that take pictures of walls, ceilings, floors, doorways, furniture, and other landmarks during the first cleaning session. Then, they create a house map to make the most efficient cleaning route.

Another mapping method used in some vacs, like Neato Bovac Series, utilizes light detection and ranging (LIDAR) sensors to measure the distance to objects on the vac’s path. Either way, the collected information is necessary for the vac to create a house map.

When mapping was first introduced, it was an evolution in the robot vacuum industry. Before mapping technology, robot vacs moved in zig-zags, covering the floor area unevenly.

With mapping, robot vacuums can move in predefined, efficient routes, covering the entire floor area. Mapping also minimizes the odds of bumping into something because the vac knows about all furniture in advance.

Plus, mapping helps the robot vacuum know where it has already vacuumed and where the charging dock is. When the battery gets low, the vac can return to the charging station without your help.

Cameras aren’t better because they cannot see in pitch darkness. Many robot vacuums with mapping also confuse floor-length mirrors for another part of the room and bump into them.

Fortunately, some robot vacuums with LIDAR sensors or camera navigation have built-in LED lights for better work in any condition.

Despite intelligent navigation technology, a robot vacuum is a cleaning appliance in the first place. Like traditional handheld vacuums, robot vacs use a series of brushes or a rotating brush bar to lift and collect dirt, sucking it up in the dust container.

When the vac collects debris, it pushes them through the filter before they reach the dust bin. Because most robot vacuums are circular, they have longer side brushes that extend past the body’s circumference to collect debris from corners.

Some robot vacuums are D-shaped for better cleaning along the walls. Middle brushes rotate to get debris off the ground and ensure coarse dirt doesn’t get stuck and block the nozzle.

Although most robot vacuums have traditional bristle brushes, some models feature rubber cylinder brushes. They benefit pet owners because the long cat or dog hair doesn’t get tangled around them.

Robot vacuums use different methods of communicating with house owners and, sometimes, with other cleaning appliances. For example, iRobot Roomba s9+ talks to a robot mop of the same brand to take turns cleaning, increasing efficiency.

Most robot vacuums come with a handy mobile app allowing you to create cleaning schedules and paths and set no-go zones. You can even control some robot vacs when you aren’t home and see how the cleaning goes.

Even the first robot vacuums would signal to the house owners, informing them that they have completed cleaning, need a recharge, or the dustbin is full. However, to turn on such a robot vacuum, one needed to press the physical button.

Some modern robot vacuums support voice control via assistants like Alexa or Google Assistant. In other words, they can not only communicate their needs and other essential information with you but also receive orders.

Most robot vacuums must be emptied manually. Depending on the dustbin’s capacity, which usually ranges from 300 ml to 700 ml, you might need to empty the container every one to five cleaning sessions.

More expensive robot vacuums have self-sealing dust bags that ease the emptying. You don’t need to breathe dust and wipe the robot’s internal components like with traditional dustbins.

The best robot vacuums have a self-emptying mechanism. Such vacs attach to the docking station when the dust bin is full and empty the bin into a larger container in the dock.

Of course, the docking station’s capacity is limited, but you don’t need to empty it nearly as frequently as a regular dustbin. Some docking stations can keep dust and debris for months without emptying.

The first robot vacuums, like the Roomba 694, didn’t head to the charging station when the battery was low. Instead, the homeowner must have pressed the “return to docking station” button manually.

Modern robot vacuums have a technology that helps them detect when the battery is getting low and attach to the docking station automatically. Depending on the robot’s battery capacity and charging station wattage, it might need 60-180 minutes to charge fully.

Many high-end robot vacs have sufficient battery capacity to clean the entire house in one go and charge fully while not in use, so homeowners never have to worry about charging.

However, frequent charging might be a problem for vacs with a smaller battery capacity.

Although robot vacuums have proven to be of great help in any household, they have certain limitations you should be aware of. Firstly, robot vacuums aren’t entirely automated (yet).

Even the most expensive robot vacuums with a self-emptying base and voice control need human assistance. They can get stuck while vacuuming and need regular cleaning and emptying, although the frequency varies.

And if you have an older robot vacuum, you will need to empty the container after every cleaning session and control the appliance with physical buttons.

Secondly, robot vacuums don’t handle carpets well, particularly high-pile carpets. Some robot vacs get stuck in carpets because they can’t glide easily, whereas others are confused by the shaggy texture and can’t differentiate between clean and dirty areas.

You will still need to clean your carpets with a handheld vacuum occasionally. Plus, most robot vacuums don’t work well on dark surfaces. If your robot vacuum doesn’t clean dark floors, you might need to wipe the cliff sensors or get a newer model.

Fourthly, robot vacs don’t have the suction power of traditional handheld vacs, so you might still need to clean manually once in a while. Even the most powerful robot vacuums have a suction power about four times lower than an average traditional vacuum.

Lastly, robot vacuums might dent furniture and, sometimes, cause an even bigger mess. For instance, not all robot vacs detect dog poop.

Of course, robot vacs are programmed to drive in the opposite direction when they bump into an object. But sometimes, even a light collision is enough to cause damage.

Welcome to Floorago. When you have kids and pets, you must learn how to take care of your floors quickly. I share all my discoveries and observations on this website, as a nerdy homemaker.
Topics
Recent Articles